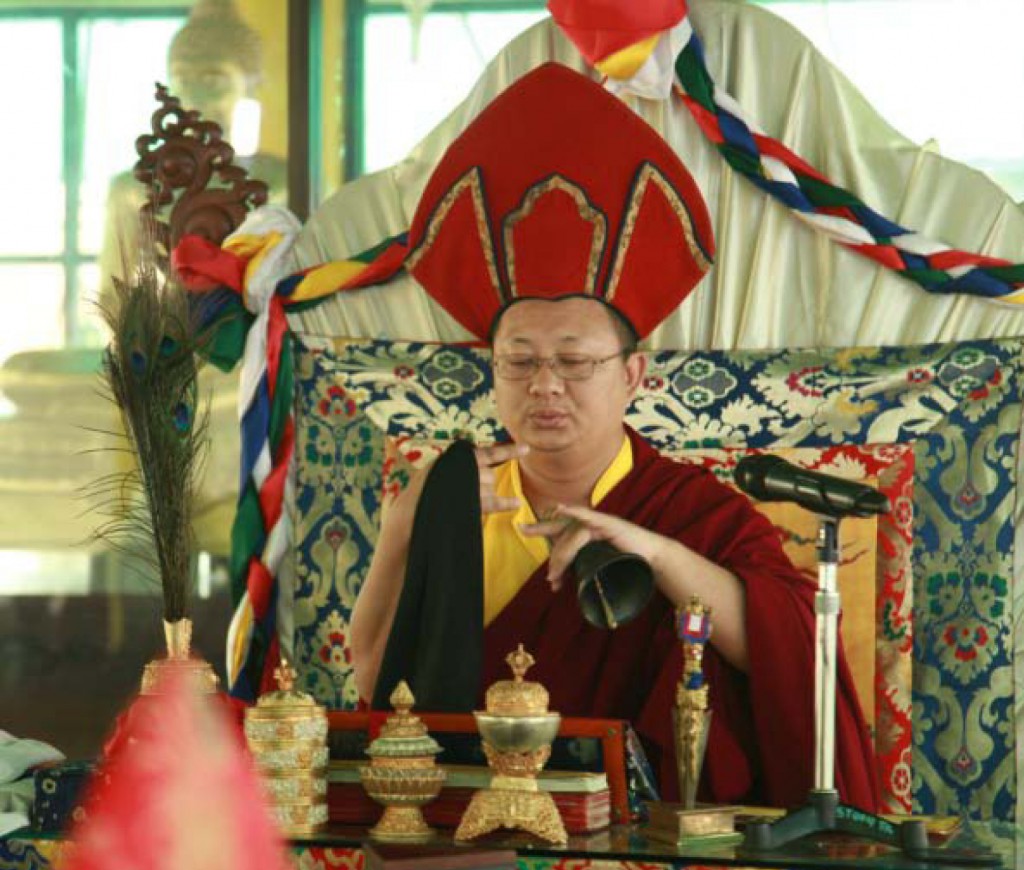 Besides overseeing his monasteries in India and Bhutan, Lama Kunzang Dorjee Rinpoche raises interest in animal saving. Rinpoche founded Jangsa Animal Saving Trust a NGO in Bhutan in the year 2000, after a personal experience of auspicious coincidence when five bulls appeared to seek refuge from a local slaughterhouse at Rinpoche’s monastery – Jangsa Dechen Choling in Kalimpong. Rinpoche is a cousin of H.H. the Je Khenpo, who is the Head of the Drukpa Kagyu in Bhutan.

Lama Kunzang Dorjee Rinpoche holds the spiritual lineages of the Dudjom Tersar and of the Longchen Nyingthig traditions. From his first days, he received the blessings of many great lamas and as a boy, he received many important empowerments and transmissions from H.H. Dudjom Rinpoche in person. Rinpoche’s father, Lama Pema Longdrol, gave him many teachings and transmissions, including the detailed instructions on the tantric deity of Vajrakilaya. He has been blessed to receive Dzogchen and other teachings from Kyabje Nyoshul Khen Rinpoche and from H.H. Kyabje Dungse Thinley Norbu Rinpoche.

At the age of 14, Lama Kunzang joined H.H. Kyabje Dodrupchen Rinpoche’s monastery in Gangtok, where he studied and trained in meditation for 13 years. He received all the transmissions for the Nyingma School’s sacred texts. As well as studying with the monastery’s renowned scholars and meditation masters, he also had personal instruction and guidance from H.H. Kyabje Dodrupchen Rinpoche himself. Lama Kunzang Dorjee Rinpoche then completed the three year retreat under the guidance of H.H. Kyabje Chatral Rinpoche.