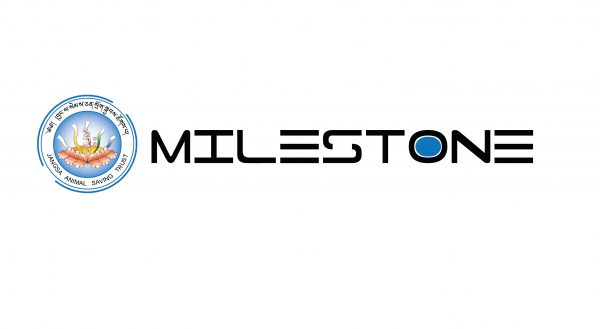 Today, Jangsa is widely renowned in Bhutan as an animal welfare NGO with expansive programs and activities in Bhutan as well as India. This achievement and the rapid proliferation, expansion and development of Jangsa’s activities began as a natural evolution and an organic journey. In the beginning, Jangsa only responded to the critical needs of the times in areas of urgent animal welfare issues. Later, such intervention resulted in increased engagement and activities that expanded and deepened by its own momentum in time.

Even the origins of Jangsa Animal Saving Trust had such a spontaneous, natural and stirring beginnings when Lama Kunzang Dorjee saved five bulls from immediate slaughter in Kalimpong, West Bengal, India.

The bulls had sought refuge in his monastery – Jangsa Gomba, and refused to leave the premises even when the butchers arrived. Touched by their pleas, Lama intervened and purchased the animals immediately.

Following the path set out by H.H. Kyabje Chatral Rinpoche in the practice of Tsethar, Lama Kunzang Dorjee Rinpoche then set up Jangsa Animal Saving Trust with the objective of saving many ill-fated and destitute animals from imminent slaughter and in-humane conditions.

In addition to “Tsethar” activities, Jangsa’s activities in Bhutan were necessitated by the critical plight of stray dogs impounded in Bhutan, particularly in Thimphu, in 2007.

The Government initiative to impound stray dogs, whilst undertaken with good motivation to curb the rising dog population, was hastily executed and poorly conceived. This resulted in immense suffering to the dogs and strained government resources. Driven by the urgent need to alleviate the situation, Jangsa intervened and organized daily feeding programs.

Over a 2 years period, Jangsa went on to make the dog pounds more humane for the dogs by building bamboo mat shelters to protect the dogs from cold weather, segregating young and sick puppies from stronger ones, providing adequate food, water and medical care, and ensuring hygiene by conducting mass cleaning campaign every week.

Tragically, despite the active intervention of Jangsa and its volunteers, thousand of dogs died due to the adverse living conditions in the dog pounds.

In order to find a lasting solution that was humane, scientific and sustainable, Jangsa researched, advocated and conducted a program of sterilization beginning with around 600 dogs in collaboration with National Animal Hospital

In addressing the concerns of the rising stray dog population in a humane and scientific basis, Jangsa advocated and secured the collaboration of international animal welfare expertise in Vets Beyond Border and Humane Society International (HSI) vets with the government to provide professional expertise to effectively conduct the national program of ‘sterilization and release’.

During the pilot project of the mass dog sterilization campaigns in Thimphu, Jangsa collaborated with the government, HSI and different stakeholders as well as provided human resources services and vehicle to catch the dogs and provide follow-up assistance to the CNVR (Catch, neuter, vaccinate and release) team by giving post-operative care, compassionate care for the dogs besides food and water.

Jangsa continues to conduct sterilization programs at the shelter in collaboration with NAH, which remains a primary and consistent activity simultaneously with the regular rescue and treatment programs.

To alleviate the immediate suffering of the dogs in the pounds, the first critical intervention was for Jangsa to relocate all the dogs to an environment with more space, sun and essential humane conditions. Initially, Jangsa approached RSPCA and was allocated 2 acres in the RSPCA shelter in Serbithang. Jangsa immediately relocated all the dogs (about 2000 dogs) to the new environment that RSPCA so generously provided.

In time, as the care of the relocated dogs necessitated, Jangsa initiated the construction of proper facilities of segregated kennel houses – for sick and healthy dogs, clinic and kitchen in the land provided by RSPCA with the funding support from the internationally acclaimed animals welfare organization – Foundation Brigitte Bardot(FBB).

From such critical beginnings, Jangsa has achieved considerable success in the bygone years: in saving the dogs from manifold unfavorable conditions and ensuring humane treatment of all animals an area of conscientious responsibility amongst individuals, local authorities, private and public institutions, and to timely highlight pressing and current issues of animal welfare issues in the media and conducted mass education programs to raise public consciousness on all such issues.

In the era of rapid urbanization, as more animals fall victims to neglect, accidents and cruel scorn, Jangsa is and has been actively engaged in rescuing sick, injured, old and disabled animals, providing them with immediate treatment and care, and consistently raising such issues with concerned stakeholders. To cater to increasing number of cases attended and referred, Jangsa mobilized a mobile clinic ambulance to provide and assist in emergency rescue cases and to function as an ambulance.

With all this infrastructural development and initiatives – Jangsa has been able to directly benefit more than 6000 animals, particularly dogs from different injuries, since its inception in 2007.

In 2016 alone – Jangsa rescued, attended and treated 223 dogs from different injuries with the support from National Animal Hospital. Currently, about 90 dogs are housed in the Serbithang shelter and most of them are handicapped, old, sick and weak ones.

Over the years, Jangsa has not only successfully intervened in the plight of all the sufferings faced by animals, but also achieved the higher purpose of inculcating and practicing the timeless ethos of our heritage of wisdom-compassion that is the core of our Bhutanese values and informs our way of life.

Such achievements are the result of dedicated effort in the field of animal welfare activities and is made possible mostly due to the consistent funding assistance from FBB, an unflinching support from Royal Society for Protection and Care of Animals who provided Jangsa with the land at a critical junction in time and National Animal Hospital for persistently providing the medical intervention. Jangsa remains indebted to them for these years of committed support.

More importantly, as the needs of the times dictates, Jangsa looks forward to strengthening such linkages and support systems with FBB, the government, RSPCA and all other stakeholders to effectively address all the critical needs of the times – both to alleviate the sufferings of animals as well as to preserve the core values of our nation as a Dharma Nation that is a source of lasting happiness for all sentient beings.